In the tables below we present estimates of the number of workers affected by the proposed law, the size of the wage gains for affected workers, and the demographic and job characteristics of affected workers. Our estimation method accounts for projected wage growth at the bottom of the wage distribution, interim increases in the state minimum wage, and projected employment growth. We use the 2012 American Community Survey (ACS) to estimate the wage distribution and characteristics of individuals working in the city of San Diego. Because the ACS does not allow us to identify individuals who work in the city itself, we extrapolate from data for San Diego County, scaled to estimated employment in the city (the city’s employment represents 64.4 percent of county employment, according to the Quarterly Census of Employment and Wages). In Table 1, we give a high and low estimate to reflect differences in estimation methods; subsequent tables average across the two estimates. See our technical report for more detail on data and methods. 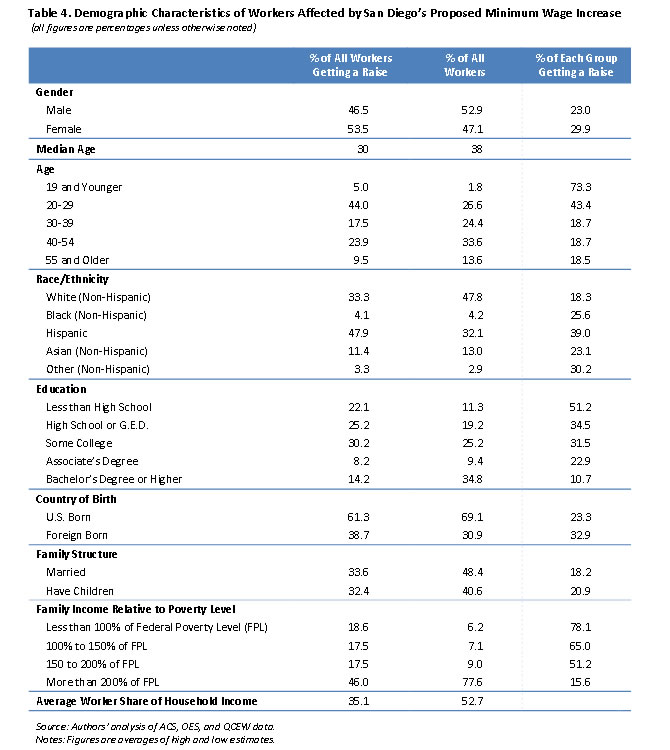 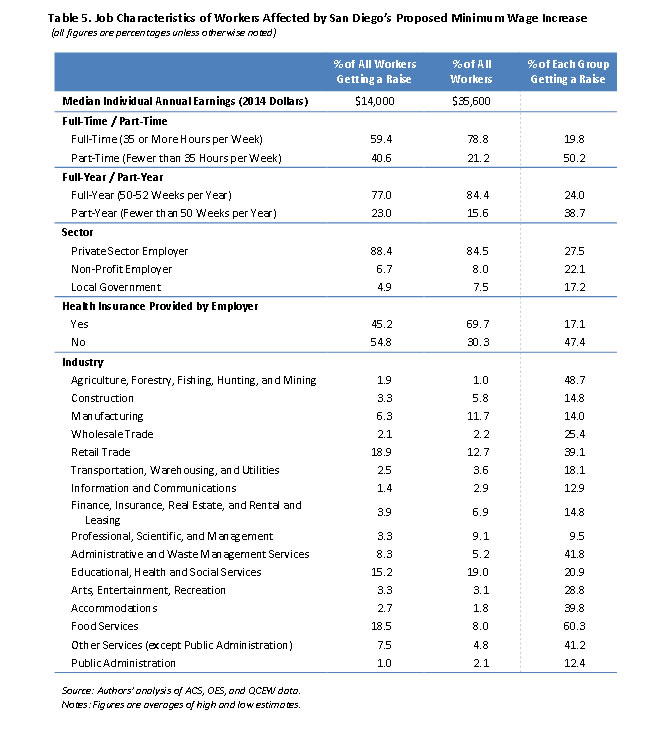 Michael Reich is a professor at UC Berkeley and Director of the Institute for Research on Labor and Employment (IRLE). Ken Jacobs is Chair of the Center for Labor Research and Education (Labor Center) at IRLE. Annette Bernhardt is a visiting researcher at IRLE. Ian Perry is a policy analyst at the Labor Center.