According to newly released data from the Census, the first year of the Affordable Care Act succeeded in reducing the ranks of the uninsured while having little effect on employer sponsored coverage. California was no exception, and indeed showed the fifth largest drop in uninsurance of any state.

The share of Californians under 65 years of age who were uninsured for the entire year fell by about 5 percentage points from 16.4 percent in 2013 to 11.4 percent in 2014, according to the newly released Current Population Survey (CPS) data. This amounts to 3.8 million Californians age 0-64 who remained uninsured throughout 2014, 1.6 million fewer than in 2013.

The major changes in coverage occurred because of the opening of the Covered California healthcare marketplace, through which 88% of enrollees received federal subsidies, and the expansion of MediCal, California’s Medicaid program. The share of Californians with insurance through an employer for any part of the year remained steady, at about 55 percent of the non-elderly population. 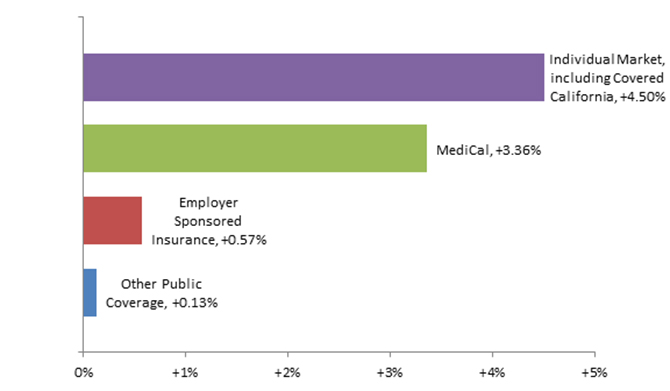 Which groups had the largest drops in uninsurance rate?

Analysis of the non-elderly California population reveals that the largest drops were among those with the lowest incomes, young adults, those who were working less than full-time year-round, and Hispanics. (See the Census analysis to compare to national trends.)

The decline in the share of Californians who are uninsured for the entire year is a significant achievement. Nevertheless, 3.8 million Californians under age 65 remain uninsured, and more suffer from shorter bouts of uninsurance. There is still work to be done to increase enrollment among those who are eligible for programs under health reform, and to expand access to those who remain ineligible. 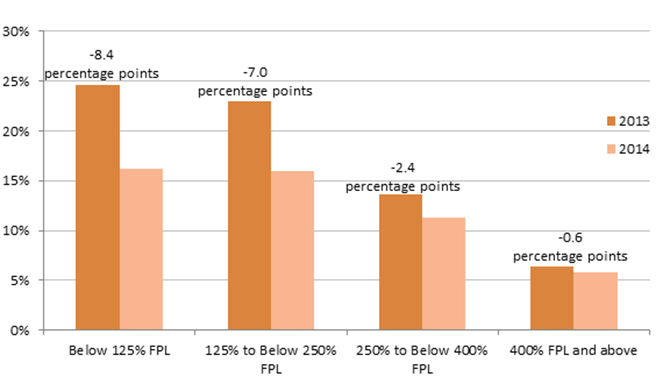 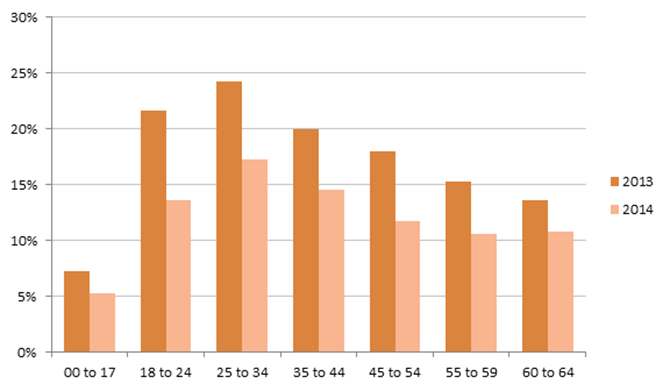 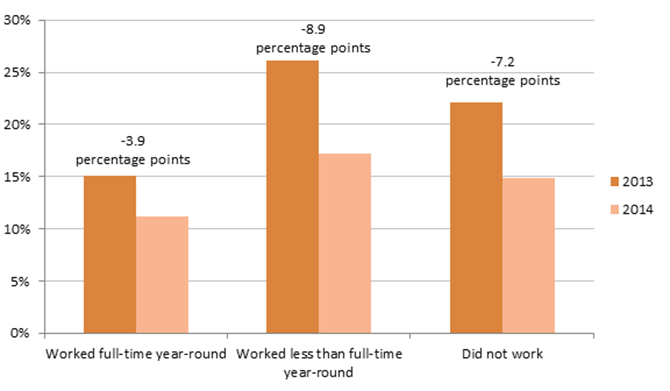 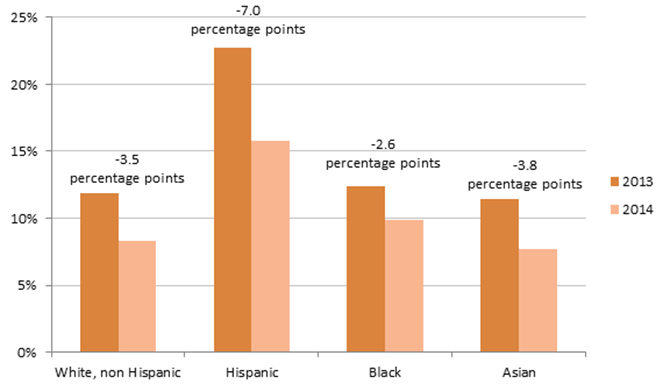