This is the fifth post in the Labor Center’s blog series “Rising Health Care Costs in California: A Worker Issue.”

As described in the last blog post, premiums for job-based health coverage have risen rapidly over the past decade while wages have barely budged. Both the employer- and the worker-paid portions of the premium affect workers. The employer-paid portion is part of workers’ total compensation that could otherwise be going to wages or other benefits, which we will discuss in a future post. Here, we focus on the portion of the premium most visible to workers: the amount deducted from their paychecks. 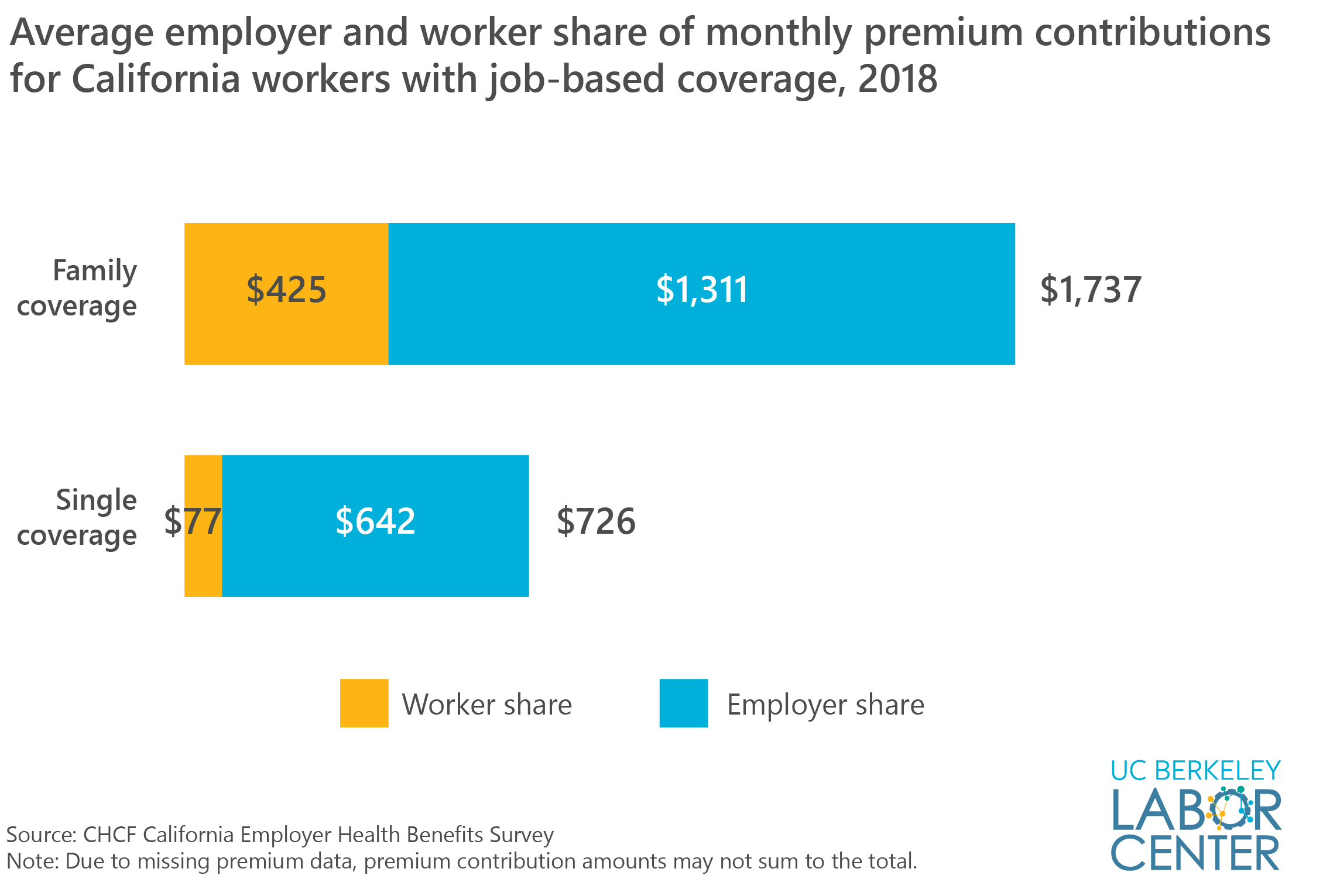 Over the last decade, workers’ share of premium costs has increased slightly for single coverage and remained relatively steady for family coverage. However, given the 49 percent real growth in family premiums since 2008, both workers and employers are paying much more than they were one decade ago.

How common is it for Californians to struggle to afford their job-based coverage premiums? 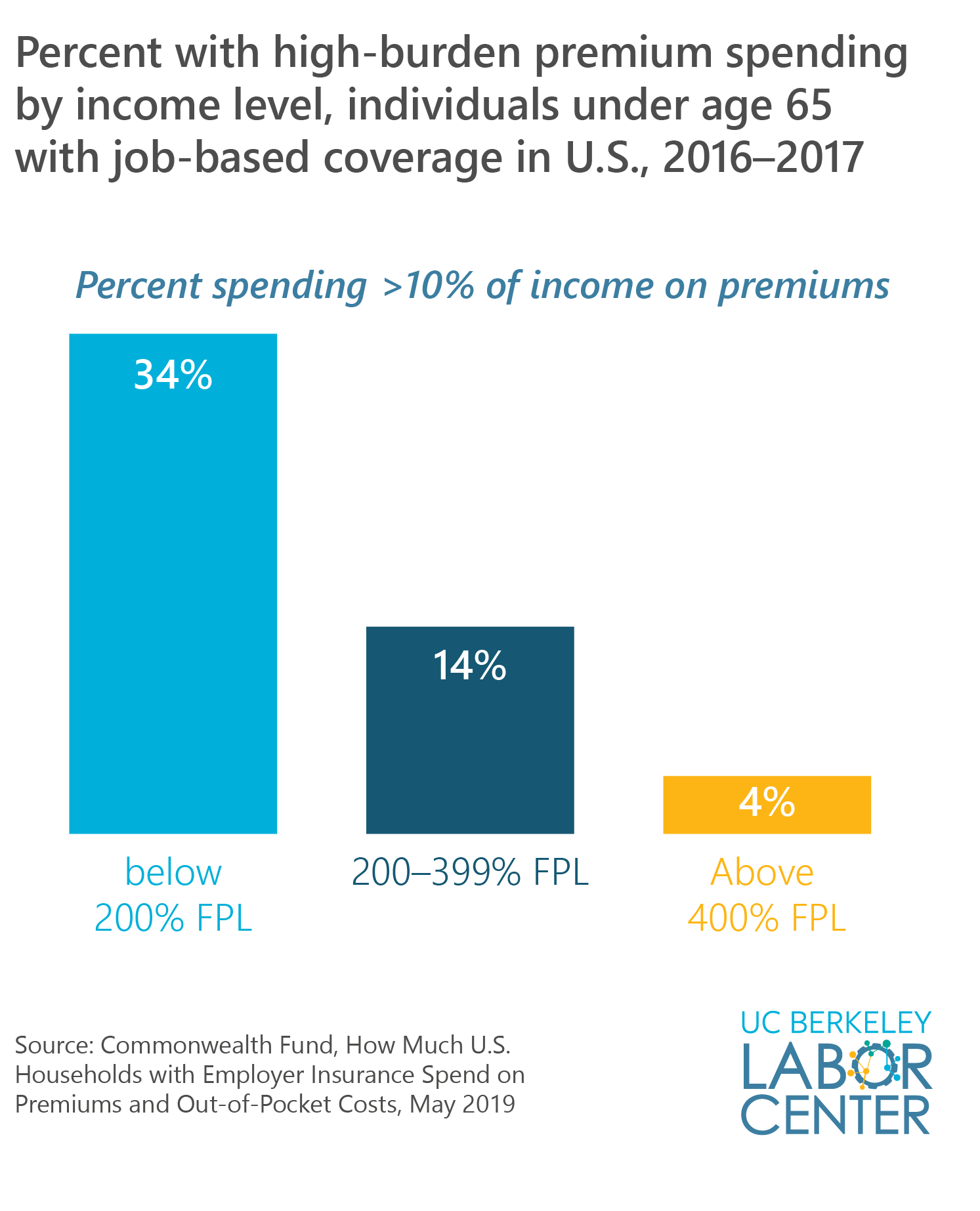 Workers with family coverage are left without a safety net

Premiums for family coverage in particular create a high cost burden. In addition to the fact that most employers determine premium contributions on the basis of the number of covered family members, workers with family coverage contribute a higher percentage of the total premium than do workers with single coverage. In California in 2018, workers paid on average 14 percent of the total premiums to cover just themselves, compared to 27 percent when their coverage also included family members, according to the California Employer Health Benefits Survey.

Another problem that contributes to families paying a high percentage of their income on job-based coverage premiums is the “family glitch.” The ACA provides the option of subsidized private insurance for workers if offered employer-based coverage isn’t affordable. But “affordability” is defined in federal regulations on the basis of the cost of individual coverage, even when a worker has coverage for the entire family. Workers are eligible for these ACA subsidies if there is no single coverage option that costs less than 9.86 percent of their income. If single coverage for the worker meets that affordability standard, neither the worker nor the family members are eligible for subsidies, regardless of how unaffordable the offered job-based family coverage may be.

Using estimates from the UC Berkeley-UCLA California Simulation of Insurance Markets model, we estimate that approximately 590,000 spouses and children of workers with “affordable” single job-based coverage are ineligible for Covered California with subsidies even though the worker’s premium contributions for family coverage exceed 9.86 percent of income. Ninety percent of this group of spouses and children nonetheless have job-based coverage, but may struggle to afford premiums. More than eight out of ten (83 percent) Californians affected by the family glitch are in households with married parents plus children.

In this post, we described the challenges that premium contributions pose for many California workers, particularly low-wage workers. In the next two posts, we will discuss the consequences associated with the two other major components of total health care spending:

Up next: We’ll discuss how Californian workers are affected by out-of-pocket expenses in the next blog post.