The American Health Care Act (AHCA), currently being considered in Congress, would dismantle key elements of the Affordable Care Act (ACA) and would fundamentally change the way the federal government funds Medicaid by capping federal contributions. Among other changes, the bill would dramatically reduce federal funding for the ACA’s largest health insurance expansion: the extension of Medicaid (called Medi-Cal in this state) eligibility to all low-income adults. In this brief, we project the impact that the proposed cuts for the Medicaid expansion eligibility group under the AHCA would have on Medi-Cal enrollment, the state’s budget, and the Medi-Cal funding that supports the state’s healthcare system, over a ten-year period.

Projections by county, Congressional District, California Senate District, and Assembly District are included in Appendix A of this brief.

California’s potential coverage and funding losses due to the AHCA would extend beyond the estimates in this brief because of other provisions in the bill such as capping federal spending per enrollee, but the impacts of the Medicaid expansion provisions in the AHCA are the focus of this brief. 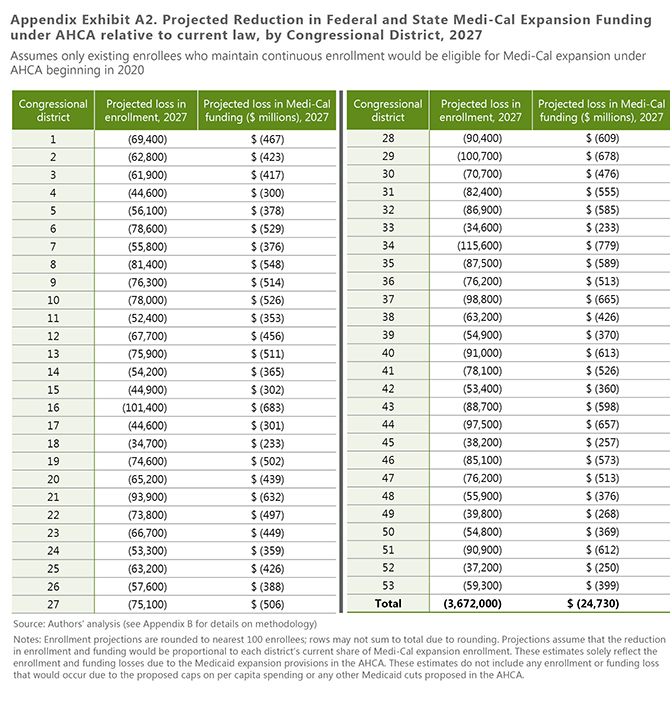 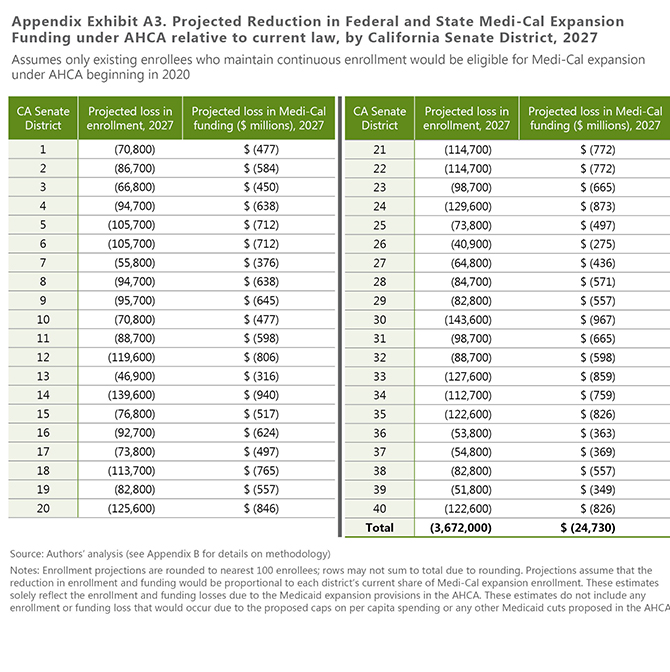 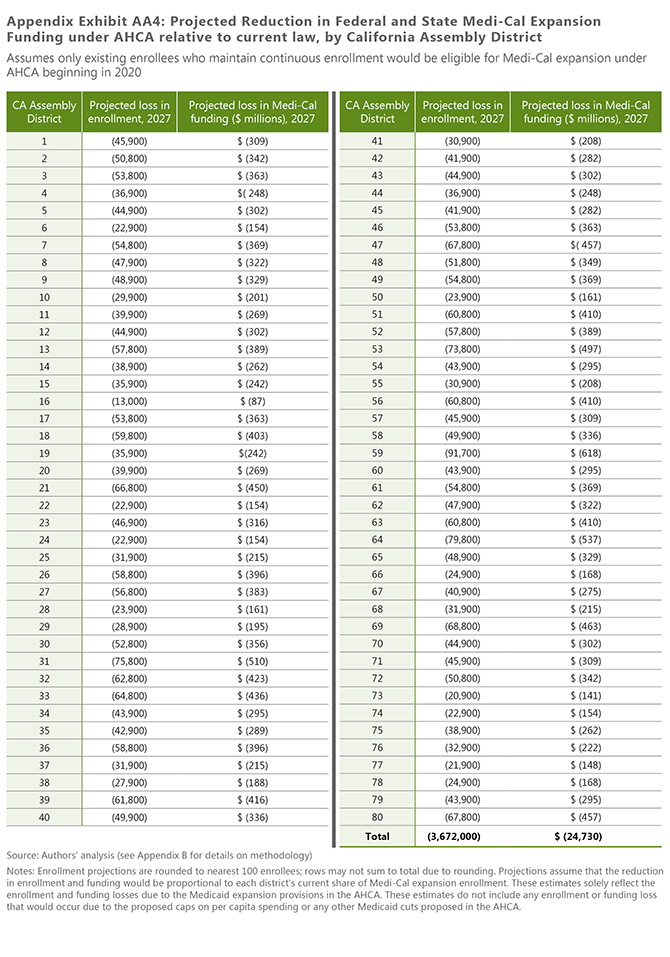