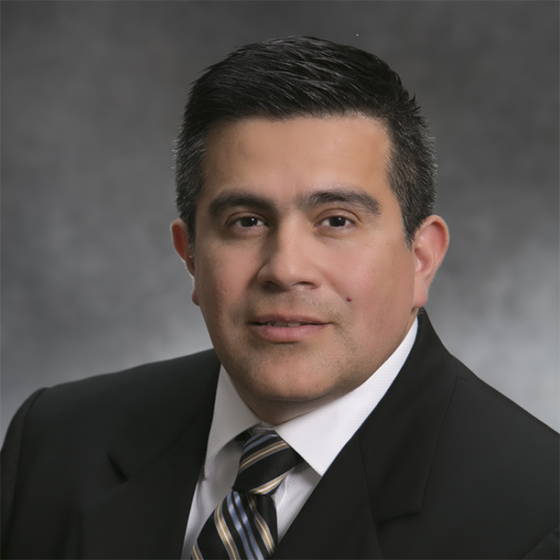 Enrique Lopezlira is the director of the Low-Wage Work program at the UC Berkeley Labor Center. He is a labor economist, directing and conducting research on how policies affect working families, with a particular focus on how these policies impact racial and gender equity.

Dr. Lopezlira previously served as senior policy advisor for economic and employment policy at UnidosUS (formerly the National Council of La Raza), one of the largest Latinx civil rights organizations in the nation. He also served as deputy director for policy and research at Western Progress, a think tank advancing progressive policies and change in the eight states of the Rocky Mountain West.

He also brings experiences in advising various government agencies and testifying at the state and federal levels. He is often asked for his economic insights and analysis by English and Spanish media; he has appeared on CNN, CNN en Español, and Univision, and has been covered in Al Jazeera, Politico, and the Washington Post.

“Employers can give wage increases, but they can also take them away — so this puts in a floor for that,” Lopezlira said.

For some families, the classic American Dream of home ownership still is realistic, said Enrique Lopezlira, direct of the Low-Wage Work Program at the University of California, Berkeley. But for others, it isn’t.

Work Is So Bad That People Are Quitting in Droves. We Should See That as a Good Thing.

“I think the pandemic really has been a tipping point involving co-workers collectively trying to be a countervailing force to the market power of firms—and I think that’s great,” says Enrique Lopezlira, director of the Low-Wage Work Program at the University of California at Berkeley. “But there’s a lot of work still to be done.”

When quitting your job feels like the only option

Demand and the high quit rate have made the field slightly better for job seekers and workers over the past few months. But it’s important to put wage gains in context, says Enrique Lopezlira.

Enrique Lopezlira, a labor economist at the University of California, Berkeley, Labor Center, has studied California’s labor market over the last year and a half. While unemployment rates have been declining, Lopezlira says workers who were disproportionately impacted by the pandemic have yet to recover.

Don’t Mistake the Disappointing Jobs Numbers for a Labor Shortage

Today’s jobs report shows a complicated picture for workers. The economy added only 235,000 jobs in August, despite near-record vacancies, while hourly wages grew faster than expected. But hold off a moment before calling it a labor shortage.

“It’s great that the state saw a sixth consecutive month of 100,000-plus job growth. But many workers are still on the sidelines. Employers need to improve the quality of jobs, not just wages.”

Enrique Lopezlira, the director of the low-wage work program at the University of California Berkeley Labor Center, said that while some hourly workers have enjoyed the new incentives, others remain boxed out because of health concerns and other pandemic-related challenges, such as a lack of child care.

Low-wage Californians continue to struggle as pandemic pushes on

A data tool from the UC Berkeley Labor Center is tracking the state’s uneven economic recovery, looking at how rolling, pandemic-driven rounds of hiring and firing have affected people from different backgrounds and in different jobs.

With millions of Americans looking for work, why can’t businesses find employees?

Enrique Lopezlira, director of the low-wage work program at the Labor Center, discusses how the so-called “labor shortage” isn’t quite a shortage.