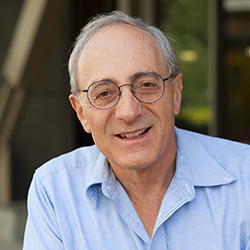 Massachusetts Uber/Lyft Ballot Proposition Would Create Subminimum Wage: Drivers Could Earn as Little as $4.82 an Hour

Uber and Lyft, along with a group of delivery network companies, have filed a ballot proposition in Massachusetts to create a separate set of labor standards for their drivers. After considering multiple loopholes, we find that the majority of Massachusetts drivers could earn as little as the equivalent of a $4.82 wage, while the minority of drivers who qualify for a health care stipend could earn the equivalent of just $6.75 per hour.

The Effects of Proposition 22 on Driver Earnings: Response to a Lyft-Funded Report by Dr. Christopher Thornberg

Thornberg over-estimates driver gross earnings (before expenses) based on data that is not representative of drivers in California. He also underestimates driver costs. In doing so, he significantly overstates what drivers earn on net now, and would earn under Proposition 22.

What would Uber and Lyft owe to the State Unemployment Insurance Fund?

We examine here the Quality Standards Program, an innovative effort at San Francisco International Airport that addresses this key issue, and with favorable results. This program may provide a model for improved airport security and safety nationally.

The Uber/Lyft Ballot Initiative Guarantees only $5.64 an Hour

The companies have a choice over how they adjust to comply with California’s laws protecting workers—or if they choose to fight those laws with a ballot initiative that would take pay standards back seventy years.

All Economics Is Local

In the face of congressional inaction, the debate on raising the minimum wage is moving to the local level. As more cities and counties consider setting their own wage standards, they can learn from the policy experiments already underway.

In his State of the Union address last month, President Barack Obama urged cities and states to bypass Congress and enact their own minimum wage increases. “You don’t have to wait for Congress,” he stated.

An unprecedented experiment in San Francisco shows that local policy can make a difference in the lives of low-wage workers- without hurting employment or economic growth.