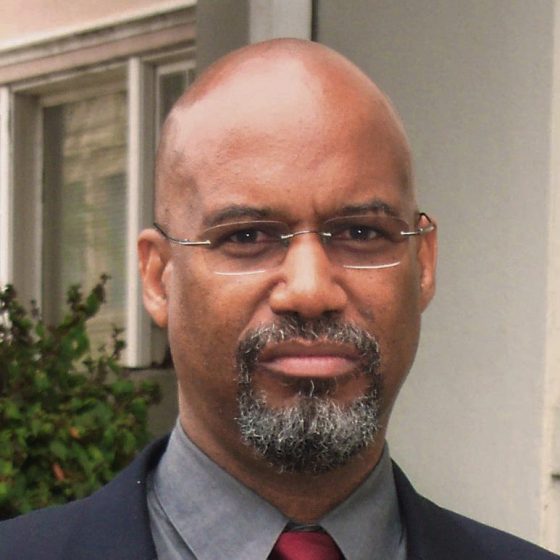 Steven Pitts recently retired from the UC Berkeley Labor Center where for 19 years he focused on leadership development and Black worker issues.

Since his retirement from the Labor Center, Steven created and hosts the podcast Black Work Talk, which looks at the struggles to build Black workers’ collective power and to challenge racial capitalism.

Labor Center statement on the recent killings of Black people

The Labor Center understands that workers are whole human beings whose lives go beyond their workplace and whose work lives are deeply affected by what happens in their communities. When Black people suffer racist attacks in their communities—whether the attacks come in the form of police and extrajudicial violence, or underfunded public education, or exposure to environmental degradation, or mass incarceration—these are workers’ rights issues.

To Work With Dignity: The Unfinished March Toward a Decent Minimum Wage

Economic Policy Institute report. This paper examines the context that gave rise to demand for a national minimum wage during the 1963 March on Washington for Jobs and Freedom, presents historical trends in the real (inflation-adjusted) value of the minimum wage and the impact on black workers, and discusses some of the contemporary issues surrounding minimum-wage policies.

This report finds that throughout 2011, Black worker unemployment remained in the 15 to 16 percent range, while unemployment for the rest of the workforce dropped below 9 percent.

Black Workers and the Public Sector

Few commentators have examined the racial implications of this reduction in government employment. This is an important question to address because often policy prescriptions that, on the surface, are race-neutral can have decidedly racial impacts.

What can Biden do to reverse Trump’s assault on labor rights?

Steven Pitts, a longtime labor economist at the University of California, Berkeley, said Biden should pursue two sets of labor policies. “One is try to raise and protect labor standards like a higher minimum wage and tougher safety rules,” he said. “Second is to build worker power into policy. Too often we focus on the former and not the latter.”

Black workers are in crisis amid soaring unemployment

New unemployment numbers are out – and they show over 2 million people have filed or applied for some type of assistance. Interview with Steven Pitts.

Steven Pitts, a professor at the UC Berkeley Labor Center who has led racial justice discussions for many unions, argued that the behavior of cops is a bigger issue than the presence of their unions within the AFL-CIO.

This Labor Day, workers should face the era of globalization by joining hands to solve their common problems, not falling prey to the old game of divide and conquer.

Government jobs played an important role in the building of the black middle class in the U.S. It started after World War I, when blacks began migrating from the rural south to urban areas across the country, said Steven Pitts, associate chair of the Center for Labor Research and Education at UC Berkeley.

Why Can’t Allyson Get Ahead?