HomePublicationsReportProposition 39 Job Creation & Quality, 2014-2018: A Report to the Citizens Oversight Board of the California Clean Energy Jobs Act

More than 19,000 jobs have been created from The California Clean Energy Jobs Act (CCEJA), created by Proposition 39 and legislated under Senate Bill 73. This update to the February 2017 jobs report estimates job creation based on K-12 clean energy projects that have been approved by the California Energy Commission (CEC) from the start of the program through the final approved energy expenditures at the end of June 2018. The CEC received the first energy plans in February of 2014. As of the end of June 2018, the CEC approved 2,189 clean energy retrofit projects for a cumulative investment of nearly $1.5 billion.

The job estimates are based on the disbursement of approximately $1.5 billion in grant funds, rather than on final program expenditures, which are not reported until a full year after project completion. The data was derived by deflating the 2018 approved grant total to 2016 dollars, in order to match the original jobs report, and used the same ratios for job factor (number of jobs created per million dollars invested) and employment multiplier (number of indirect and induced jobs generated per direct job created) as in the original study (included here in full). 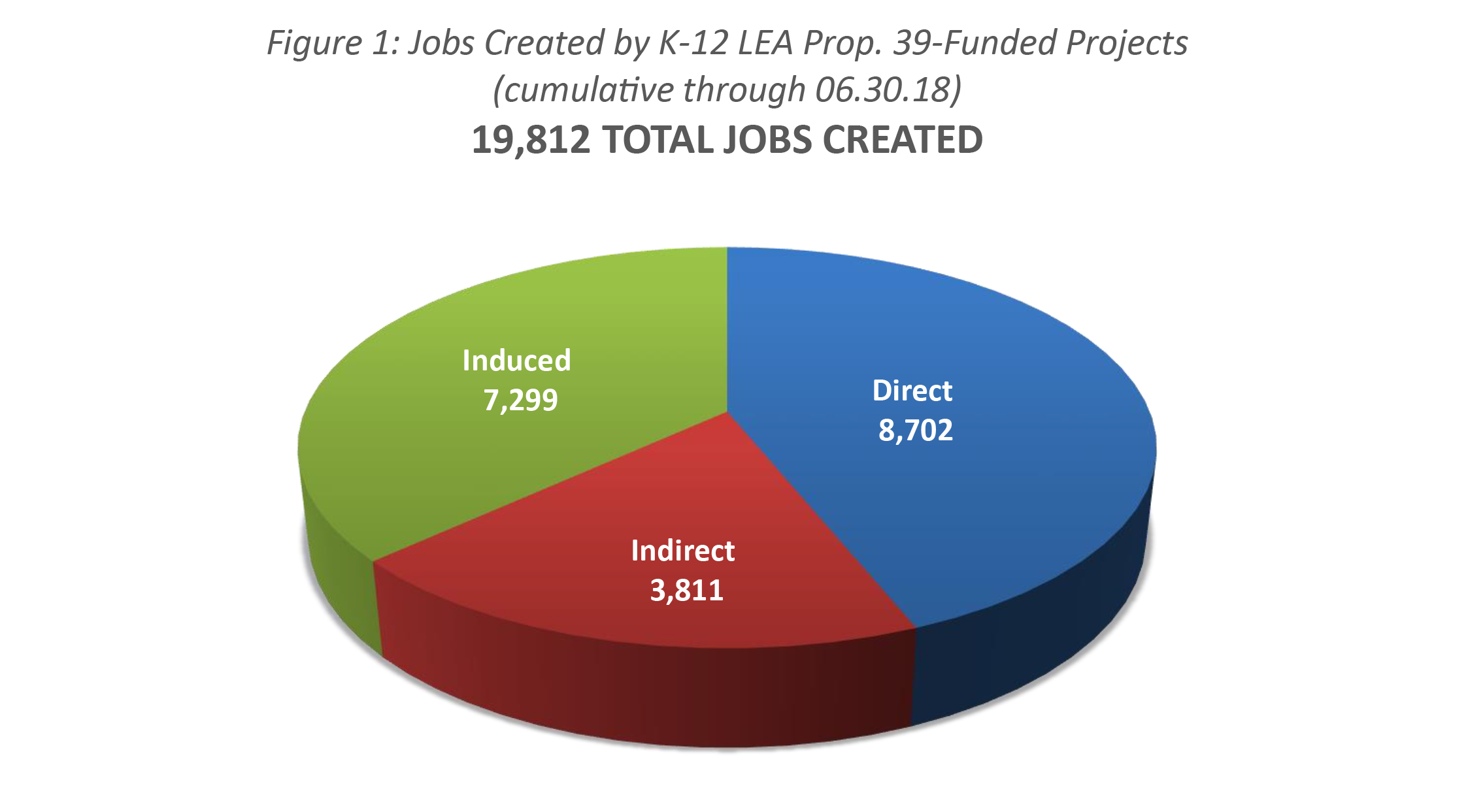 Figure 1 shows that through the end of June 2018, 8,702 direct jobs were created from the investment of about $1.5 billion, corresponding to 5.9 jobs per million dollars of investment. The spending on Prop 39 projects also has a multiplier effect as the investment stimulated additional economic activity. This resulted in the creation of an additional 3,811 indirect jobs in California in industries that provide supplies, materials, fuels, and other inputs into these projects. In addition, the spending of wages and business income from these investments created an additional 7,299 jobs in a variety of (mostly retail and service) induced jobs. This employment “multiplier” is estimated at 2.3 for these industries in California and indicates that a total of 2.3 indirect and induced jobs are generated for each new direct job created. This is a critical and authentic contribution of Proposition 39, because by closing a tax loophole, the law brings new spending, economic activity, and employment that would otherwise not have occurred. Figure 1 shows the direct, indirect, and induced jobs, for a total of 19,812 jobs created through the end of June 2018.

Table 1 summarizes the economic and employment impact of Proposition 39 investment through 2017. In addition to the employment generated by the Proposition 39 projects, the spending of nearly $1.5 billion on Prop 39 K-12 projects stimulates roughly $711 million in indirect spending and another $1.2 billion in induced spending for a total economic impact of more than $3 billion.

This update shows continued and significant job creation from Prop 39 investments in California’s clean economy. Early job quality measures, described below, are promising. But in future, in order to meet the methodological challenges outlined in the appendix, state partners charged with tracking the employment and economic co-benefits of energy efficiency investment need greater support and capacity – more funding, staff, and technology – for integrated data reporting, collection, and analysis.