A report co-released with Energy and Environmental Economics, Inc. (E3)

This report presents research findings on offshore wind development, pursuant to a Proposition 84 Sea Grant from the California Ocean Protection Council to the UC Berkeley Labor Center and Energy & Environmental Economics (E3). Our study addresses two separate but complementary questions for California in the years and decades ahead: 1) what benefits would the emergence of a major offshore wind power sector create for California workers and communities, and what policies might optimize these impacts; and 2) would offshore wind power be a competitive source of renewable energy in comparison to other clean energy sources? These questions are discussed in two sections: Workforce Needs and Policies for Offshore Wind (Chapters 1-6) and Integrating Offshore Wind in California’s Grid: An Assessment of Economic Value (Chapters 7-11).

The urgency of these questions derives from the fact that recent studies by the California Energy Commission (CEC) and California Public Utilities Commission (CPUC) indicate that the state will require two to six times more renewables capacity by 2045 than is installed today.[1] However, California’s planning processes have only recently begun to consider offshore wind as a component of this future energy supply.

The exponential development of offshore wind power around the world and its projected growth on the East Coast of the United States shows that offshore wind could serve an important role in California’s clean energy supply. Globally, offshore wind capacity now tops 22 gigawatts (GW), a tenfold increase over the past decade, with about 20 percent of that installed in 2018 alone.[2] This total is projected to reach between 154 GW and 193 GW by 2030, with at least half expected to be in Europe and much of the rest in China.[3] In the United States, several Northeastern states have made offshore wind a cornerstone of their future clean energy portfolios, with about 22 GW of new capacity mandated by 2035.

California differs from the East Coast and much of Europe in that the state’s deep coastal waters will require its wind turbines to be on floating platforms rather than on structures fixed to the seabed. This floating technology has been successfully demonstrated in multiple locations worldwide, with larger-scale commercial projects being planned and contracted for deployment in the near future. While the cost of floating offshore wind today is higher than fixed-bottom offshore wind, the technology is well understood and its cost is expected to decline rapidly with commercialization and greater scale of deployment.

Our chief findings are the following: 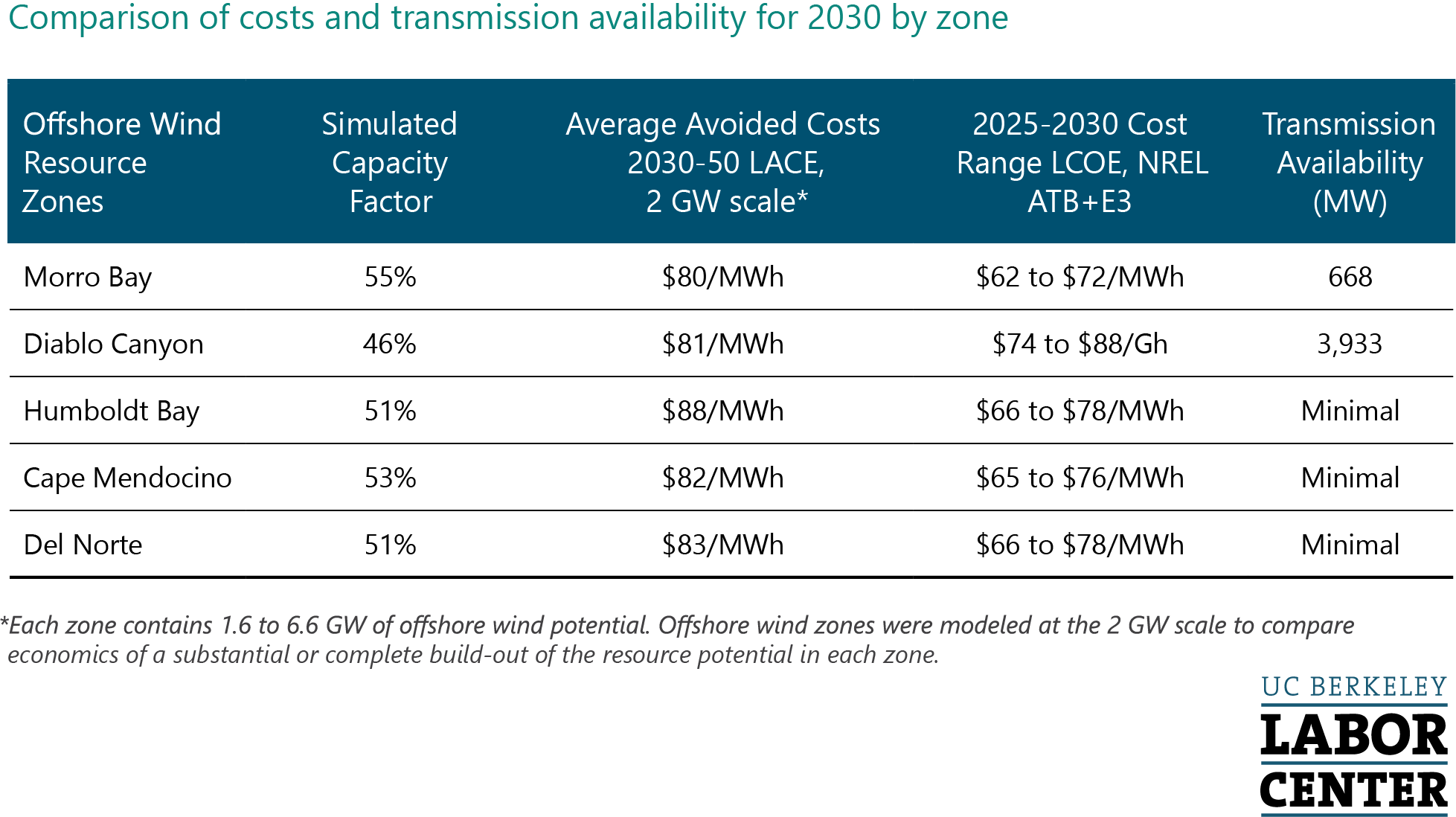